A CALL FOR BOYCOTT AS AN INVISIBLE MEMORIAL

The aftermath of the far-right terrorist attack that took place July 22, 2011 required renovation and reconstruction of the complex of buildings housing the Norwegian Government, also known as the Government Quarter. The government administrative agency, Statsbygg, was responsible for organizing a roadmap and strategy for the whole project, the architectural competition, engaging architects and main contractors.

The conditions for the competition for the architectural concept and re-design of the government complex included the demolishing of the Y-Building, created by the architect Erling Viksjø, containing several collaborative artworks by Carl Nesjar and Pablo Picasso. This decision was taken against the professional advices and opinions of the Norwegian Directorate for Cultural Heritage, the Oslo Cultural Heritage Management Office, the Norwegian Society for the Preservation of Ancient Norwegian Monuments, the Association of Norwegian Architects; historians, artists, architects, as well as international heritage protectors such as the International Council on Monuments and Sites (ICOMOS), Europa Nostra and the United Nations Educational, Scientific and Cultural Organization (UNESCO).

Despite over 30 000 signatures defending the building, the many demonstrations and the obvious environmental, financial and symbolic consequences of this project, the government pursues its plans to demolish the Y-Building.

As a protest against the demolition of the Y-Building we call all artists based in Norway as well as the international art scene to boycott any future art competitions for the new government buildings and the surrounding site.

The absence of art will be a protest against the government for ordering the shameful destruction of masterpieces of modern architecture and visual arts.

The new government buildings and the surrounding open air site should remain empty of art, as a reminder and symbolic counter representation of the anti-democratical, ecocidal and authoritarian tendencies and methods of such a government, for all time, which are incompatible with our ethical and artistic values.

We stand in solidarity with all the families that have been and are still affected by the terrorist attack of July 22, 2011

As a site of collective trauma, the Y-Building should coexist with Erling Viksjø’s other government building, the adjacent highrise known as the H-Building, becoming a place of healing and contemplation, a place where we all gather in unity and peace – a place of remembrance and tolerance; a place where we celebrate diverse and multicultural society

This would be the most beautiful and rightful way to honor the works of Erling Viksjø, Carl Nesjar and Pablo Picasso.

We urge all professional artists in Norway and abroad to support this initiative. 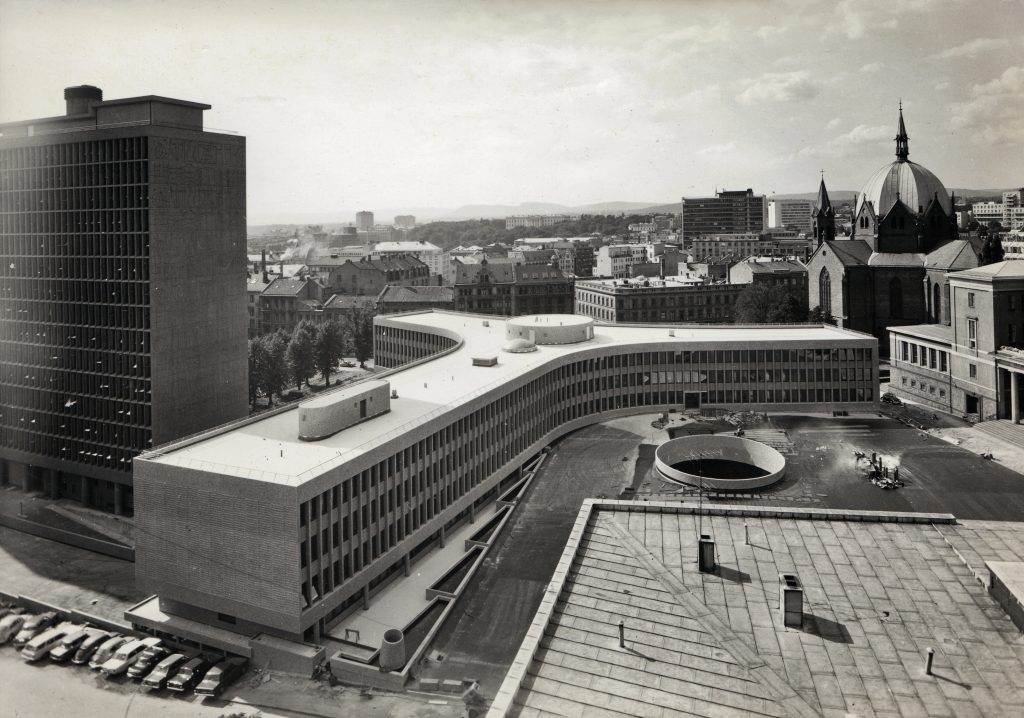 In order to show your support and contribute to the boycott, feel free to add the following line to your CV as a group exhibition/project: “2020 A Call for Boycott as an Invisible Memorial, Regjeringskvartalet, Oslo (a collective ongoing artistic boycott)”

Born in Copenhagen, 1977
Lives and works in Oslo and Berlin